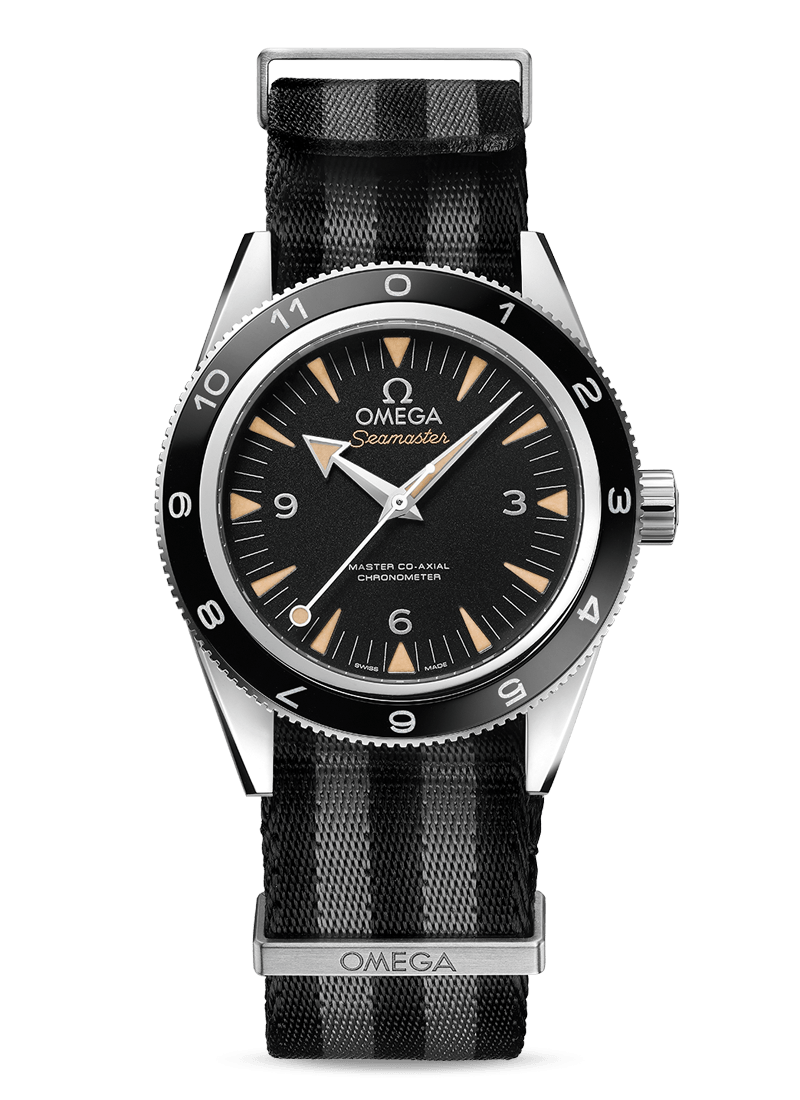 To celebrate the release of the new James Bond film, “No Time To Die”, we thought we would write a short overview of the watches worn by the world’s most famous spy during his nearly 60-year career. Bond’s watch journey follows the development of the watch industry, from the personal tool watch, all the way to multi-million-dollar product placements. James Bond has worn almost as many different watches as he has outfits over the years, so we’ll focus on the most famous watches.

The first James Bond book, Casino Royale, was written by Ian Fleming in 1952 in Jamaica. James Bond did not wear a watch in it. Or at least, Fleming didn’t describe him wearing one. It wasn’t until the second James Bond novel, “Live and Let Die” that the author described Bond wearing a “Rolex Oyster Perpetual”. It is likely that the author imagined the character wearing the same watch as himself, the Rolex (Oyster Perpetual) Explorer Ref: 1016. This watch was designed to go anywhere that its wearer wanted to and was modelled upon the watch that Edmund Hillary took with him to the top of Everest. A robust watch for a spy! These watches are now sought after by collectors, particularly if they are in original condition.

Rolex was the only watch brand that Fleming described Bond wearing and the original series of films, from 1962-1974 all featured bond predominantly wearing a Rolex. Legend has it that Cubby Broccoli, the producer was unable to rent a Rolex for bond to wear in the first film, Dr No, so he took his personal watch off his wrist and gave it to Sean Connery. The model was a Rolex Submariner 6538. The connection with James Bond, and the scarcity of this watch have turned this model into a grail for many watch collectors.

James Bond was a Navy Commander, so the watch had to have some practical features: it is waterproof to 200m, it has a thick stainless-steel case, and an easy-to-read dial with big luminous markers. However, there are two main features that make this watch special for collectors: the big crown without guards, which allows the wearer to wind the watch or change the time whilst wearing gloves; and the fact that the dial discoloured from black to brown when exposed to sunlight. This is called a tropical dial. We’ve written a blog exploring tropical dials in more details here.

The other Rolex that James Bond wore was another Submariner, the Ref: 5513. Don’t worry, the different reference numbers that Rolex use for their watches get very confusing, as there are so many of them. We think the best guide to all the vintage Rolex Submariner models is this one from Hodinkee. It clearly explains the difference between the models, and what to look out for if you decide to buy one.

James Bond and the Quartz Revolution

We’ve written about the quartz crisis/revolution in lots of our blogs. The invention of watches that could be powered by batteries rather than expensive mechanical movements changed the watch industry permanently. Bond’s watches in the films reflected this new watch-making era. He continued to wear a Rolex Submariner in most films until Pierce Brosnan was cast as Bond in 1995, however between 1977 and 1985, James Bond also wore a quartz Seiko watch. These digital tool watches were perfect for hiding functionality that a spy could use to get himself out of trouble. Some of our favourite spy watches are the Seiko 0674 LC, which hid a label-making printer and the Seiko M354, which hid a small bomb! If you want to read more about Seiko watches, we’ve written a blog here.

James Bond and the Rise of Product Placement

The James Bond character has been the king of product placement from the first novel to the most recent film. Ian Fleming was renowned for describing the most minute details of what Bond ate, drank, wore and observed. Brands have made the most of this as the films gained popularity over the years. We’ve found this excellent overview of the brands that placed products in each James Bond film. The placement of watches in the bond films has become more noticeable since 1995 when Omega signed a deal to be the official watch of James Bond, replacing Seiko.

Pierce Brosnan’s Bond wore an Omega Seamaster Professional Diver 300m, which is still one of their best-selling watches. Unfortunately, the retail model doesn’t have the laser or explosives that Bond’s model does. It is, however, an excellent sports watch. It’s steel, waterproof to 300m, easy to read, and reliable. All the watches in the range have a helium escape value at the 10 o’clock position to enable the wearer to stay underwater at great depth without damaging the watch. The range is quite large and comprises both automatic and quartz watches, so there is something for everyone.

Daniel Craig’s James Bond goes as far as to tell the audience he is wearing an Omega. In Casino Royale, Vesper Lynd asks whether his watch is a Rolex. Bond replies: “Omega”, to which Lynd replies “beautiful”. His version of Bond wears a variety of watches from the Seamaster range, particularly the Planet Ocean models. These are technical diving watches that are: waterproof to 600m, have easy to read dials with big luminous markers to enable you to read the time in the dark, and a master chronometer movement, ensuring the highest levels of accuracy and reliability. Omega has a long history of making high-quality diving watches, and the brand reinvigorated one of its most popular models from the 1960’s for bond to wear in the film Spectre, the Seamaster 300.

For the most recent film, “No Time To Die”, Omega decided to update the Seamaster Diver 300m, that Pierce Brosnan’s Bond wore. The updates to this watch reflect the current trend of mimicking the softened colours of vintage watches – particularly matte dials and yellow lume on the markers. However, this watch mixes some aspects of vintage styling with very modern watchmaking. The famous co-axial movement reduces the need for servicing, and a titanium case and bracelet, which makes the watch very strong, very light and reduces reflection. This is a fantastic watch for a spy!

James Bond has worn many watches over the years, reflecting the watch trends of the period. If you want to find out more about every watch he wore in every film, we’ve found this great resource for you to explore. At The Watch Collectors' Club we love learning the stories behind the watches that we see on the big screen, and where we can, wearing those watches. James Bond watches can be found for every budget and taste, and we’d encourage you to learn a little more and see if there is something for you as a collector. If you enjoyed this Blog Post, please make sure you follow us on Facebook, Instagram and LinkedIn, and please send it to any friends who may be interested.

A Short History of the Omega Seamaster