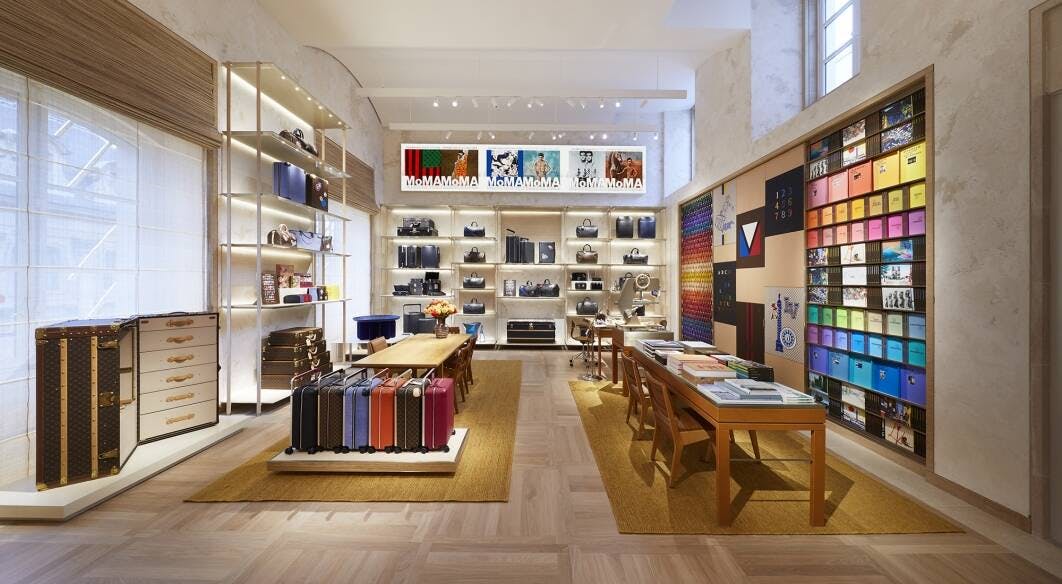 A Short Exploration Of The World’s Largest Watch Groups – LVMH

A Short Exploration Of The World’s Largest Watch Groups – LVMH

What Does LVMH Stand For?

LMVH Stands for Louis Vuitton Moet Hennessy. It is the world’s largest luxury goods company and it is also the third-largest Swiss Watch Group. Bernard Arnault, the CEO, is currently the world’s richest man. Arnault took control of LVMH in the 1980s and during the 1990s turned it into the first Luxury goods conglomerate by aggressively buying up luxury goods companies from the founding families. This business model was so successful that it was copied by Richemont, the second-largest watch group, and Kering, which owns brands like Gucci, YSL and Balenciaga. LVMH is organised into 75 different “Maisons”, or houses, for its brands. These Maisons operate mostly independently from one another and are organised into the following categories. You will probably recognise some of the brands that they own:

Veuve Clicquot is one of LVMH's Champagne brands

Tag Heuer is the largest watch brand owned by LVMH. It makes approximately 400,000 watches a year and has a history of being involved with motor racing. You can read more about that here. Tag Heuer watches are priced between $1-10k, with a wide range of designs to suit most tastes.

Zenith is the oldest watch brand that LVMH owns, being founded in 1865. It is very unusual in that it is one of the few watch companies that still make its own movements. Most brands outsource movement manufacture to a specialist company (such as ETA - owned by Swatch) as it is very expensive to develop in-house movements. Zenith is famous for the El Primero movement, which has a fascinating story of deceit and discovery. A Zenith was strapped to the wrist of Felix Baumgartner when he became the first human to break the sound barrier.

Bulgari was founded in Greece in 1884, and did not start making watches properly until 1977, when they released the Bvlgari Bvlgari watch. Bulgari now sell 44,000 watches per year. Bulgari accelerated its watch-making in the early 2000s by acquiring Gerald Genta – the brand controlled by the famous designer of some of the most popular watches available today- the Patek Philippe Nautilus and the Audemars Piguet Royal Oak. Bulgari’s most popular watch is the new Octo range – incredibly thin, comfortable watches with an unusual case shape. The Octo Finissimo Tourbillon was the world’s thinnest automatic watch, thinnest tourbillon, and thinnest automatic tourbillon when it was released in 2018.

Hublot is LVMH’s youngest watch brand, founded in 1980. Hublot is French for “porthole” – a design feature that is common to many of the brand’s watches. As well as having a recognisable case design, Hublot was the first brand to use natural rubber to make watch straps. Rubber straps are now very common in high-end sports watches. The brand’s watches are often seen on the wrist of sports-stars and has been a key sponsor for football teams such as Manchester United, PSG and Bayern Munich. They have just been announced as the official timekeeper of the Premier League. Former CEO, Jean-Claude Biver, used partnerships with sports clubs to launch the “Big Bang”, which transformed the young brand’s profile. Read on to find out more about this legendary figure of the watch world.

Louis Vuitton is best known as a leather goods and fashion company. However, it has also been selling watches since 2002. In 2008, it transitioned from making fashion watches to higher-end pieces, by partnering with La Fabrique du Temps, which they acquired in 2011. Their watches are high-quality, often colourful, and always feature unique dial designs.

Jean-Claude Biver is a legend in the watch world, and is a key part of the success LVMH’s watch division. Before his involvement in LVMH he: revived Blancpain from the quartz crisis in the 1980’s; and turned Omega into the giant brand it is today, including putting an Omega on the wrist of James Bond. He built Hublot and sold it to LVMH, and has served CEO of Zenith and Tag Heuer. He is one of the most influential people in the watch world, and is incredibly passionate about watch collecting. This video explores some of his collection.

At The Watch Collectors’ Club we love exploring all aspects of the watch industry, and don’t have a preference for watches made by the big groups, or the small independents. Hopefully, this blog will encourage you to find out a little bit more about the brands that you love. If you like this article, please share it with friends, and make sure you follow us on Instagram, Facebook, and LinkedIn for more.

Why are some time-only watches so expensive?

We explore the range of watches that simply tell the time.

What is High Horology?

We explore which watches are counted as High Horology, or Haute Horologie

What is a Watch Club?

We explore what happens with a watch Club, and mention some established places to go.