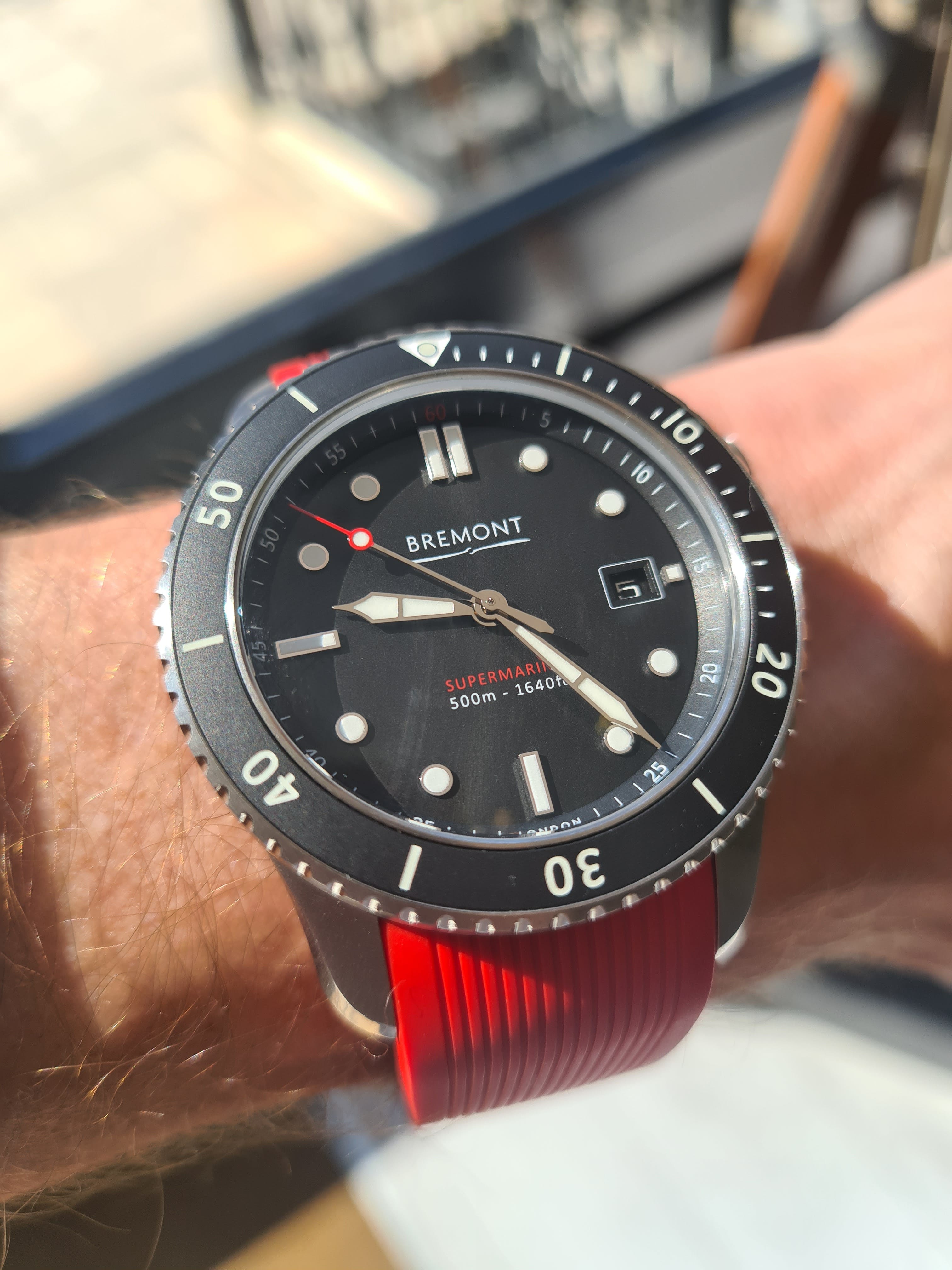 At The Watch Collectors’ Club – we love to tell stories and host events. This blog  explores the story of one of the most successful British watch brands: Bremont. If you want to explore Bremont watches in person, we are holding an event in Birmingham on 22nd of September. It will be held at the Bremont store in the Bullring from 5pm and will explore all that the brand has to offer. You can sign up at our events page here.

The start of the Bremont Watch company story is a tragic one. Two brothers, Nick and Giles English, had been raised by an RAF Pilot and aeronautical engineer father, Dr Euan English, to love all things plane and engineering related. They spent hours tinkering with clocks, restoring planes, and flying them with their father. Unfortunately, during a training flight in preparation for a vintage air show, the WWII aircraft that Nick and his father were flying crashed – killing Euan and nearly killing Nick.

Despite this horrible experience, Nick was back flying again within a few years.

A Lucky Turn Of Events

When starting a new brand, it’s really important to choose a name that is recognisable, and easy to trademark. The brothers couldn’t use their surname, English, as it would have been impossible to distinguish a brand, try searching “English wristwatch” and see how many google responses you get.

Flying had caused them great emotional and physical pain, but in 1996, it would also provide them with the brand name for their new company. At the time, the brothers were working in The City of London, but looking to turn their passion for watches and flying into a business.

Whilst flying to France in a vintage bi-plane, the brothers ran out of fuel and had to land in a farmer’s field. If this happens in the UK, it’s pretty easy to just take off again. Not in France. There are layers of bureaucracy to navigate before you can take off again. Luckily, the farmer was an avid aviator and watch collector, and helped the brothers navigate the bureaucracy. His name: Antoine Bremont.

The Broadsword - Inspired by watches issued to solider during WWII

A Long History of Military and Pilots Inspired Watches

Bremont was founded officially in 2002, and their first watch was released in 2007. They have built a strong offering in military, particularly RAF, inspired watches.

They quickly positioned themselves as the luxury watch-maker to the British Armed Forces. As they were building their brand, this was a great move for two reasons. The first was that it provided a big captive audience for their watches – there are 150,000 serving personnel. To this day, the company still makes watches with regimental insignia for armed forces personnel.

The second was that their watches needed to be robust enough to be used in active duty. This meant that the brand could start pushing the boundaries of engineering, and some of their collaborations are fantastic.

Bremont’s focus on British engineering led them to be approached in 2007 by Martin Baker, the world’s leading manufacturer of ejection seats, and also a British brand. The company was tasked with designing a watch that could withstand the force of being ejected from a plane at hundreds of miles an hour, and thousands of feet in the air. A pilot experiences 18Gs, their spine compresses by up to a few inches and they are knocking unconscious during the process. They are also shaken around a lot at exceptionally cold temperatures. For a watch to survive this, it would need to be incredibly robust. But you would also need to be able to wear it comfortably.

The Bremont MBI was released in 2009, and to this day, is only available to pilots who have been ejected by a Martin Baker seat. The mid-section of the case is red-coloured, to distinguish it from the MBII and MBIII models, which are available to the general public, and come in a variety of colours. The Bremont website is full of details of the extensive testing of the Bremont MB models.

Bremont and a History of Collaborations

During its short history as a watchmaker, Bremont has pulled of some fantastic collaborations. There are two available at the moment that I particularly like, and that we were lucky enough to see during an in-store event last week.

The first is a collaboration with Williams Racing – the British formula 1 team and one of the most successful motorsport teams in history. Two watches make up each edition: one that takes design cues from Williams’ early history, and the other that echoes the design of a modern F1 car.

The Second is the Hawking model. Released in collaboration with the Physicist Stephen Hawking’s family to commerate his life. The watch has a 30-second retrograde counter on the front, rather than the traditional 60-second counter. However, it’s the caseback that is particularly special. It is made of meteorite, inlaid with planets crafted from wood from Professor Hawking’s desk, and the limited-edition numbering is made from scraps of paper from his thesis. As if that wasn’t thoughtful enough, the caseback also has the constellations visible on the day he was born etched into it.

The Watch Collectors Club is an events and education, designed to make the watch world simple and enjoyable for our members. Our Bremont event will do just that. In the run-up to the event, our next few blogs will explore the watch-making achievements of Bremont in more detail.

If you know anyone that might be interested in British watch-making and success-stories, make sure to send this blog onto them.