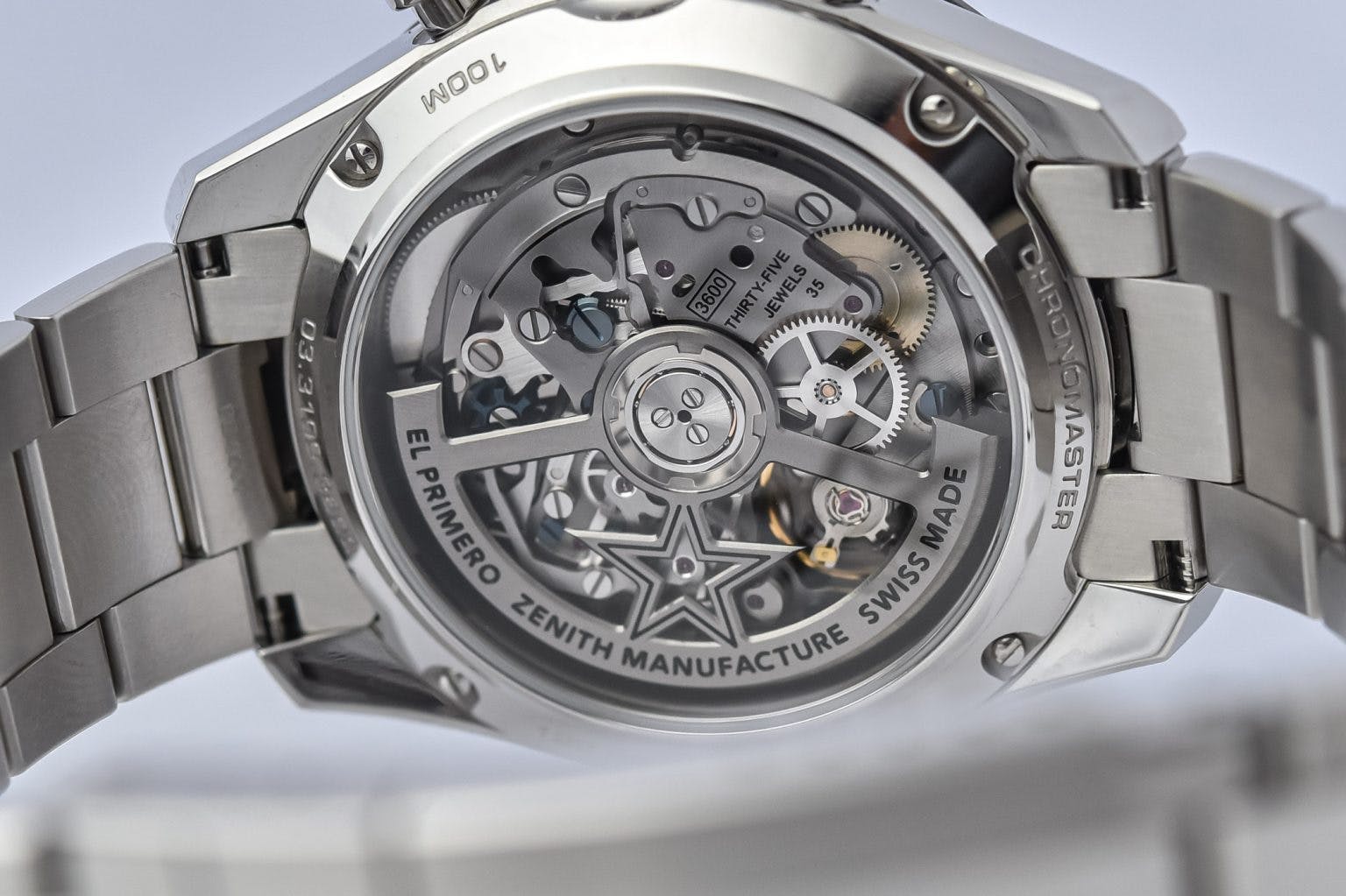 Last week the famous watch brand Zenith released a new version of their El Primero Chronograph, or stopwatch. It’s called the Chronomaster Sport and has a very special feature. It’s designed to run fast. The stopwatch hand rotates all the way round the dial in only ten seconds. The bezel, or outer ring, has markings around the outside in sections of ten, allowing you to use this watch to time things to an accuracy of a tenth of a second.

We at The Watch Collectors’ Club like to make things simple, and we like to tell stories. The story behind the watch is a good one. It is one of the most precise, efficient, and useful chronographs ever made, and this new version is only possible thanks to the strange bravery of one man, Charles Vermont.

The movement that powers this precision timekeeping is called the El Primero. First introduced in January 1969, the El Primero was the first automatic, or self-winding, chronograph on the market. It took 7 years to develop, and they produced an absolute masterpiece. It ran at 5 Hertz, faster than any movement on the market. This means it was extremely accurate, both in time keeping and judging the time to tenths, or even hundredths of a second.

Despite these accomplishments, the timing of the launch couldn’t have been worse.

In 1969 digital watches were launched in America and Quartz watches launched in Japan. These sophisticated and highly accurate new timepieces conquered the market. Within 6 years Zenith switched the entirety of production to quartz models. They decreed all the tools and equipment used to make mechanical watches should be scrapped.

One watchmaker at Zenith thought this was crazy. He carefully hid all the tools, models, guides, and technical drawings, taking each from the workshop up to a disused attic in the factory. He had to stay late every night to do this, and told nobody. His name was Charles Vermont and he preserved everything needed to produce over 150 different parts for the movement.

In 1985 the tide began to turn in Watch markets, and while quartz and digital watches remained extremely popular, watch lovers returned to high quality mechanical Swiss timepieces. Zenith put together a team to relaunch the El Primero but faced starting again from scratch. One team member thought to call Charles Vermont, who by now had retired, to ask if he knew enough to help redevelop an automatic chronograph. He said, “I can do better than that!”, and took them up to the disused attic. Behind a bricked-up doorway lay everything they needed to make the El Primero once more.

The El Primero was reborn and was judged so good that in 1989 Rolex chose it to become the first automatic movement for their Daytona chronograph. Zenith continued to innovate and improve the movement, and had great success in the 1990s with the Rainbow line of colourful chronographs. Fast-forward to 2021 and the Chronomaster range showcases the movement and its capabilities in a variety of ways. The new Sport model has very strong looks, and a clear caseback to allow sight of the famous movement.

We at The Watch Collectors’ Club don’t have a preferred chronograph or movement. We like to explore and understand different models and features, and enjoy the stories that surround these fantastic mechanisms. For a reminder of the basics of the Chronograph, see our blog post here.

What Are Watch Crystals Made Of

Finally, A Use For A Moonphase Watch