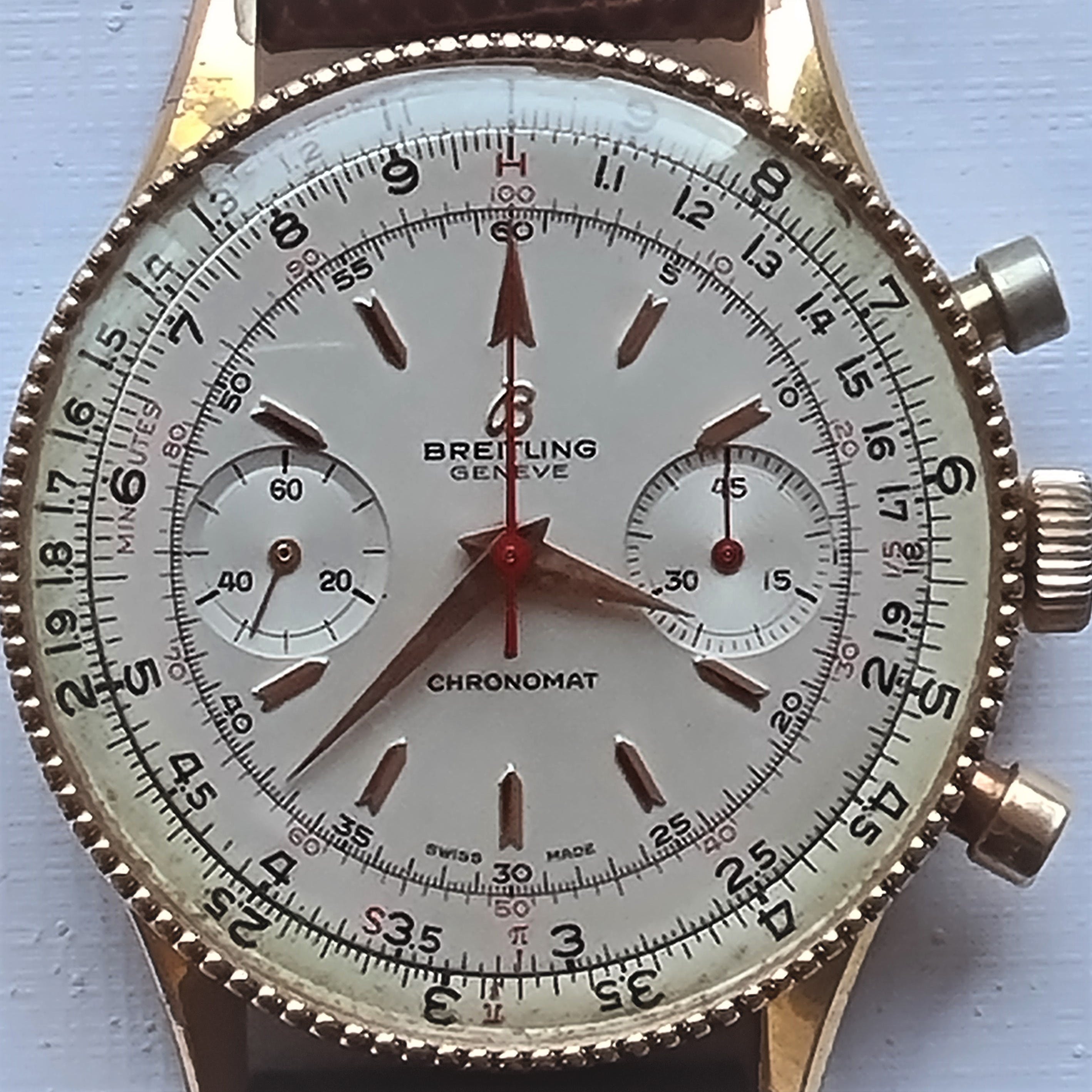 Willy Breitling inherited his family company at the age of 19 and pioneered many legendary innovations including one of the most iconic watches of all time. From 1884 until 1979 Breitling was led by 3 generations of the Breitling family. Each achieved startling success and changed the watch world. Today we will look at the fantastic watches Willy Breitling brought to market.

Breitling was founded in 1884 as a manufacturer of timing instruments for industrial and leisure use. They went on to create pocket watches and then wrist watches beginning in the early 20th century.

In 1927 the early death of Gaston Breitling left the company leaderless. His son Willy Breitling was only 14 at the time, but at the age of 19 took over as Managing Director in 1932. He was responsible for introducing what became one of the most common watch formats of the 20th century - the two-pusher chronograph. This watch has a pusher, or button, at the 2 o'clock position and another one at the 4 o'clock position, so on either side of the crown. In some rare examples they can be on the other side of the case from the crown. The top one starts and stops the stopwatch function, and the bottom one resets it to zero.

Breitling Premier Chronograph from the 1940s in Steel. Image courtesy of: blackbough.co.uk

This required a completely new movement or mechanism design inside the watch case. It was an immediate success. It allowed for much easier, quicker use of the stopwatch function. It also allowed for further innovations such as the flyback chronograph, and the Rattrapante, or split-seconds chronograph, which you can learn more about in our Introduction to Chronographs blog post.

At this time Breitling was still an important supplier of timing instruments to industrial customers, and from the First World War onwards built its market for timing instruments used in aeroplane cockpits. In 1938 the HUIT aviation department was established, so-called because the cockpit instruments had an 8-day power reserve, meaning they only needed winding once a week. They were also robust and very easy to read, which is important for safe use by pilots while in the air.

As the Second World War looked more likely, Breitling signed a big contract to supply the UK Royal Air Force with cockpit instruments and this led to the company supplying the Allied Forces throughout World War II, often overcoming great difficulty to do so.

Despite World War II raging across Europe, Breitling did not ignore their wristwatches. Their continued focus on useful timing instruments or tool watches led to the development of a watch called the Chronomat.

Today, the main additional function of this watch seems odd; it is called a Slide Rule, and is a calculator dating from before the invention of electronic or digital versions. Using two logarithmic scales carefully calculated by Breitling, the watch can be used to multiply or divide large numbers. This seems extremely niche, but imagine if a pilot has an emergency while in the air and needs to calculate distances, fuel levels or navigation bearings quickly. A few turns of the bezel will allow them to make these calculations while still in charge of the plane. The watch also contains the two-pusher chronograph mechanism to allow for distance timing while in flight. The Chronomat was launched in 1943 and was fairly popular.

What came next became one of the most famous watches in the world. The Breitling Navitimer was launched in 1952 in conjunction with the Aircraft Owners and Pilots Association in America. This was a bigger version of the Chronomat, with a larger scale allowing for large calculations, as well as the chronograph function. The manual and operating guide from the first series is great, and it really is a fascinatingly complex tool. At first, the watch was only available to members of this organisation, but Breitling swiftly made it available for general sale. It has been on sale almost continuously since then, with a recently expanded and updated range launched just this year.

The first series Breitling Navitimer 806 has some famous features

It is a true classic; a large, interesting looking watch with a very useful function and a long association with pilots and fashionable celebrities. Their most famous early wearer couldn't have been further from the aviation world: Miles Davis, the jazz trumpeter.

Miles Davis and his Breitling Navitimer. Photo courtesy of: AFP

Willy Breitling managed the transition from being a mostly tool watch focused company to adding more fashionable watches. Chronographs in the Premier line in the 1940s were sleek, with some interesting functions. These are also echoed in today's range. In the 1960s, the company introduced the SuperOcean dive watch and the Top Time chronograph line, both of which show super cool 60s-styling, and were very popular on launch.

Breitling was instrumental in joining together with Dubois Dépraz, Heuer-Leonidas and Hamilton Büren to create the first automatic chronograph movement at the end of the 1960s. While Zenith pipped them to the post in terms of being first to market, this collaboration was a great success, leading to the varied and interesting Chronomatic line of watches for Breitling in the 1970s.

Unfortunately, the 1970s were very tough for the swiss watch industry as the adoption of quartz watches and the high value of the Swiss Franc led to the collapse of mechanical watch sales. The company struggled and Willy Breitling wound it down. In 1979 he ended his involvement with the company by selling the trademarks to another family, led by Ernest Schneider. Schneider later relaunched the brand with a fantastic new version of the Chronomat with a mechanical movement, while integrating high-quality quartz movements into the rest of the range.

Willy Breitling led the company through its most important and successful period and left a legacy of fantastic timepieces for watch lovers to explore. The current owners are reissuing and updating many of the famous models, and it is a great opportunity to learn more about their past.

We at The Watch Collectors' Club love to explore how the history of a brand influences the current range, and think Breitling is doing an excellent job of it right now. We hope that you enjoy this too, and our events and content are designed to help connect the dots across time for these historic brands. If you know anyone else who might enjoy the watch world with us, please let them know about us and tell them to follow us on social media.

How to Buy a Dress Watch

How did such a simple steel watch become the most coveted timepiece on earth?