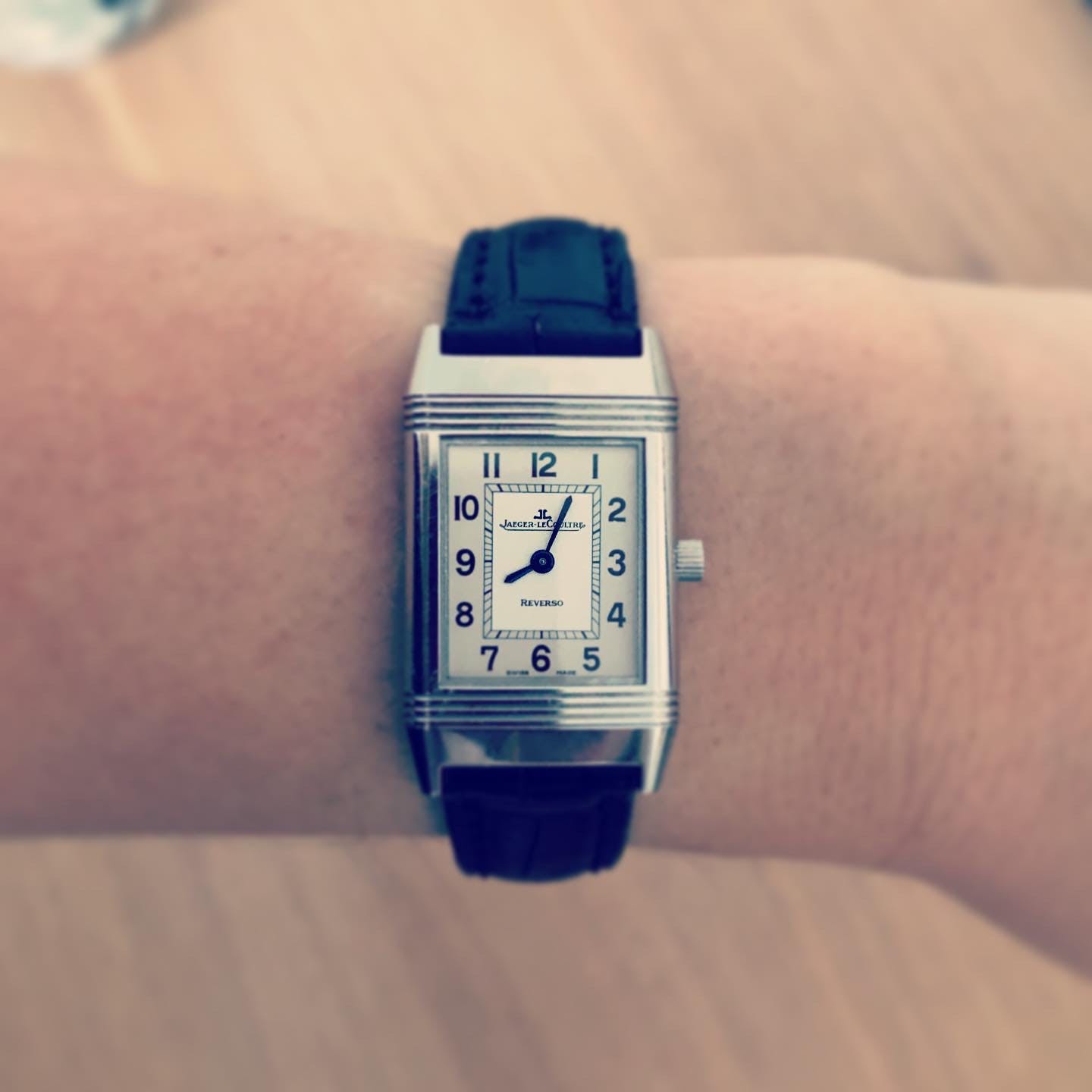 It is common for us today to think about Men's watches and Women's watches, but this is a relatively recent invention. Before the early 1900s, there were only watches, and men and women wore similar types. They did of course come in different sizes, but since they were all what we now know as pocket watches, there was no need to discriminate by sex. Many women used and wore pocket watches, and they were just as much of a status symbol then as they sometimes are now. Today we will explore the long history of women's watches.

Notable early watch owners include Queen Elizabeth I of the United Kingdom, who was known to have a range of watches and they are mentioned in her estate at her death. By modern standards, these watches were small and highly unreliable, often featuring only hour hands, and only ran for around ten hours a day. They were often beautifully crafted, and for a Queen, the watch would have been made of gold.

The famous Official Portrait of Queen Elizabeth I shows the defeated Spanish Armada in the background. There is no watch in this picture but the large amount of jewellery the Queen is wearing demonstrates her status. Image courtesy of National Maritime Museum, Greenwich.

Possibly the most famous watch made for a queen is the Breguet "Super Complication" made for Marie Antoinette, the last queen of France who was executed during the revolution in 1793. Marie Antoinette bought many watches from Breguet, who was the world's finest watchmaker at the time. In 1783 it is thought that a mysterious admirer ordered the most spectacular watch ever made for her as a gift. It was expressly ordered with no limits on cost, should be made of gold where possible, and include the fullest range of complications, or functions, known to watchmakers at the time. It still exists, and Breguet themselves have made a replica to explore the historical methods of the time.

The recreation of the Marie Antionette Super Complication made by Breguet to learn more about the original piece. It has a dial made of sapphire which is totally transparent.

Around the same time another watch was ordered, this time it was a wristwatch! Caroline Murat was the Queen of Naples, the sister of Napoleon Bonaparte, and is known to have ordered 34 watches from Breguet. These included a wrist-mounted timepiece that she wore on a bracelet made with hair, which was a common practice of the day. The hair was usually taken from family members or loved ones, including those who had passed away as a memento. The other interesting fact about this watch was that it was Oblong, not round. Today it inspires the Breguet Reine de Naples line of watches.

The high-end Swiss watchmaker Patek Philippe got started in the 1840s and also received an order for a women's bracelet watch, which still exists. It was made in 1868, and is tiny, with a small key wound movement within a jewelled setting and on a rigid gold bracelet. The watch is now in the Patek Philippe museum. Many watches similar to this were made throughout the 19th century but very few are recorded and preserved like this one and few are famous. Portraits and pictures and photographs of the time however often feature ladies wearing wristwatches, mostly on simple bracelets. Women wore pocket watches on chains, and watch chains went through huge numbers of fashion cycles over the 18th and 19th centuries.

A piece from the modern Breguet Reine de Naples range featuring a mother of pearl and gold dial and baguette diamonds, alongside an automatic movement with moon phase and retrograde power reserve. A very fine example of a modern jewellery watch.

The Wristwatch takes over

At the dawn of the 20th century, wristlets and wristwatches were almost exclusively worn by women and were seen as effeminate. Almost all men who could afford one used a pocket watch. In 1904 the first Men's wristwatch was ordered by Alberto du Santos-Dumos, a pilot who wanted an accurate watch that wasn't in his pocket. The First World War accelerated demand for Men's wristwatches and boosted the market for those for women.

These watches remained jewellery inspired by jewellery and were often small and not particularly robust. The invention of waterproof watches, automatic watches and watches with multiple complications were all first sold to men.

However, since the size of almost all wristwatches remained small by modern standards, it is likely that women bought and wore watches with these features when they wanted to. Right up until the 1960s anything over 36mm was considered a large watch, whereas today that is very much a standard size for a women's watch and plenty of men wear watches of that size too.

Rolex Prince Ladies watch in the Art Deco Style. Note the tiny dial and hands and strap style bracelet that could be changed for any other material. Even though this watch is from 1920, it reflects the style of ladies watch dominant for decades before.

The Explosion of Jewellery Watches

Women have something that men don't when it comes to watches, and that is a staggering lineup of interesting, varied and colourful jewellery watches. Men's watches mostly come in traditional shapes and focus on functions. Women's watches have had no such restrictions, especially since the Second World War. Large jewellery houses with famous names competed to make fine jewellery watches, and more modest brands and affordable mass-market women's watches are often much more about the case shape designs and materials. They may have gems included, interesting bracelets, or covered dials. The time-telling function is secondary and often the dials are very small and the mechanisms very simple or of quartz. Incredible examples can be found from the great jewellery houses, but also watchmakers such as Omega and Piaget, famous for their use of coloured stones.

A Piaget Bracelet Watch from the 1960s made of gold chain and with a coloured semi-precious stone dial. Image courtesy of Diamondsbyraymondlee.com

A Piaget watch from the 1960s with a green semi-precious stone dial, diamond set bezel and white gold integrated bracelet.

Omega Ladies Bracelet Watch was designed in the 1960s by the famous designer Gilbert Albert. The watch movement is covered by the gold nugget design.

Some women's watches have gone onto become icons, most notably those from Jewellers such as Cartier, with their Panthere range, and Bulgari with their Serpenti. The Rolex Lady Datejust debuted in 1954 and is still incredibly popular. We also have many icons that are famous for famous women wearing them but they are actually available in men's and women's sizes and loved by both almost equally, such as the Cartier Tank and the Jaeger Le Coultre Reverso.

A Jaeger LeCoultre Reverso in a modern ladies size. This watch is very famous and popular for both men and women.

A Modern Cartier Panthere in Gold. The Panthere was named after a famous Head designer at Cariter, Jeanne Troissant. Panthere was her nickname.

A Haute Joallerie Example of the Bulgari Serpenti. The watch is hidden in the head of the snake.

A Cartier Tank de Must, a very famous watch for both Men and Women

The end of Gender in watch wearing

It is extremely common now to see women wearing watches originally designed and sold as men's watches, in particular from Rolex, where the incredible increase in popularity of the Rolex Daytona has led to high demand from women. The trend for larger watches that has been in place since the 1990s means that many women are happy wearing watches with a case diameter of 36mm or above. This takes them into the same territory as many models sold as men's watches, and opens up an enormous range of vintage watches they could consider. Watch companies are responding by making their marketing material gender-neutral and also marketing their larger models to women.

A modern Rolex Explorer in Steel and Gold. This watch is 36mm, so a perfect size for Men or Women

We at The Watch Collectors' Club don't think that any watch is solely for men or women. People can wear whatever size of design they like, and we have members who wear small vintage pieces that could be for ladies as well as huge modern digital timepieces, sometimes even on the same day. We have female members who wear men's watches every day. We have people exploring mid-century vintage as well as modern fashion watches. The world of watches is huge and we can help you explore it, whatever you are into.

What to expect at a Watch Show

We explore a few of the historic Breitling chronographs and their modern reissues.