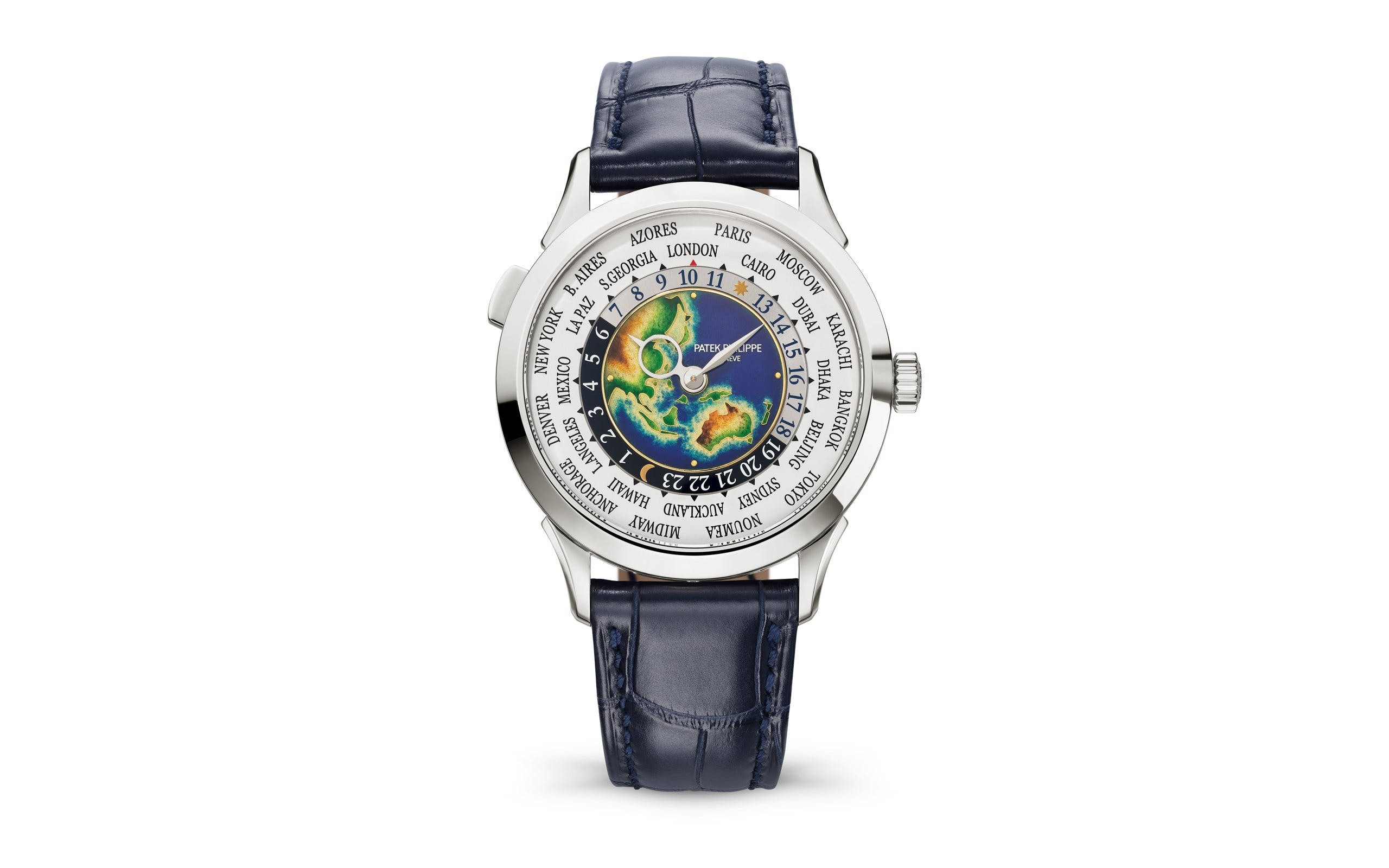 If your work or personal life means that you need to quickly work out what time it is in a different time zone, a watch that displays multiple time zones can be a very useful one to have. I was reminded of how useful this function is on New Year’s Eve this year, when I was trying to contact friends around the world to wish them a “Happy New Year”. It took me a long time to work out what time it was in 8 different countries using google. If I’d had a world-timer watch, I would have been able to work it out instantly. There and then I decided that I would like to purchase a world-timer, but actually didn’t know much about their history. What follows is a fascinating short story that covers not just the development of wristwatches, but also how we measure time itself.

What is a world-timer watch, and how does it work?

A world-timer watch is a watch that displays all 24 main time-zones simultaneously. For example, if you are in London, you can instantly tell the time in New York, Mumbai, Moscow and Tokyo. Modern world-timers also let you quickly adjust the time-zone you are in and reflect the updated times of the cities. So, if you travel from London to New York, and still want to know the time in Moscow, Mumbai and London, a few quick presses of a button allow you to read the multiple time-zones on the dial.

World-timers are quite simple to read, despite their complicated looking dials. The most common format has three displays that you need to read. An inner ring with 24 hours indicated on it, and the two outer rings. The inner of these two is called “home time” and the outer is called “local time”.

In the photo below, you will see London is at the top of the inner ring, and the time is 10.10am. London is set to “home time”. If you want to know the time in Moscow, locate it on the outer “local time” ring. You can see that the 24-hour ring has a little arrow pointing at Moscow a little after the number 13. This reflects that in Moscow, the time is 13.10pm. Another example is Tokyo, which has the number 19 pointing at it on the 24-hour ring. This denotes that the time in Tokyo is 19.10, when it is 10.10 in London. With this type of world-timer, you can click the button, or pusher on the side of the case to change “home time”.

A history of timing the world

World-timer watches are a relatively modern invention. They required one very important thing to be able to exist – a globally agreed reference point for time, or more specifically for longitude.

Before the mid 19th Century, time was calculated relatively inaccurately by anyone that needed to keep to a schedule. This caused all sorts of problems. For example, it was incredibly difficult to catch a train on time, because there was a high likelihood that the train company thought it was a different time to you. In the United States, railway timetables had conversion charts with over 100 different times – for example, it might be 12.14PM in Albany, New York, whilst in it was 12.26PM in Salem Massachusetts.

Around the same time, the Chief Engineer of the Canadian Pacific Railway, Sandford Flemming, published a memoir that advocated a standard 24-hour global time system. This quickly gained international recognition. In 1884, the International Meridian Conference determined that Greenwich Meantime would be adopted as a standard global time standard.

At roughly the same time, a Swiss watchmaker called Emmanuel Cottier was approached to design a clock that could tell the time in multiple time-zones at the same time. He was unsuccessful, but his attempts inspired his son, Louis Cottier, who was an exceptionally talented young watchmaker, to complete his father’s work.

The system he designed is still in use by most modern world-timers. The mechanism explained earlier is almost identical to Cottier’s system.

You can read a longer-history of Patek Philippe World-timers here.

There are some problems with the 24-hour world-timer in the modern world. There are now 37 time zones, and some of them don’t comprise a full hour. For example, India is 5.5 hours ahead of Greenwich Meantime. Additionally, world-timer watches can’t calculate daylight savings time – so there is a big portion of the year where the wearer needs to manually adjust for an additional hour in some time zones.

World-timers are beautiful and interesting watches, and are worth going to try on in your local store. Many high-end brands, particularly Patek Philippe and Breguet, make fantastic world-timer watches with beautiful and intricate dials.

However, many more accessible brands are now making great world-timers. Omega, Nomos, Frederique Constant and Christopher Ward are just some of the brands making them at more affordable prices.

As with all watches, world-timers are best seen in person. Have a look at our events page and sign up for an event to see a world-timer in real-life.

We explore how magetism affects and watch and how watchmakers prevent it.