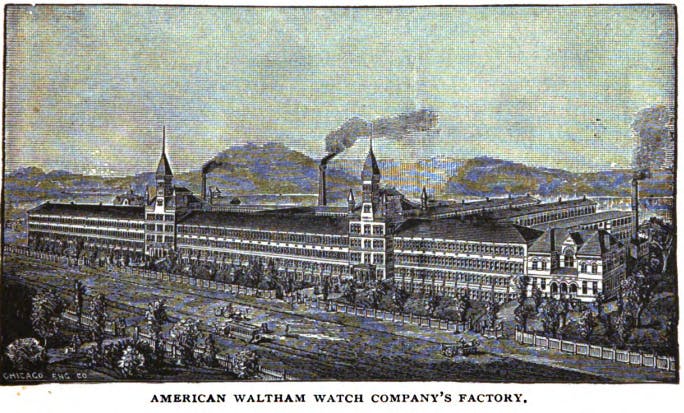 The modern mechanical watch is a marvel of human progress. Whether it's an expensive luxury watch with handmade parts or an affordable microbrand watch with a mass-market movement, both demonstrate the benefits of hundreds of years of innovation in technology and manufacturing processes. This week we will talk about how watchmaking has changed over the last 400 years, and in the next blog post we will talk about how modern watch manufacturing is done. We're focussing on this topic ahead of our visit to the new UK factory of Bremont Watches, where we will receive an exclusive and unique tour of a working watch factory. You can sign up for that event on Friday 10th February, here.

The earliest known surviving pocket watch, thought to have been made in Germany by Peter Heinlein around 1530.

The first watches were small clocks, and the novelty of having a clock that was portable on a personal level emerged in the 16th century. When Queen Elizabeth I of England died in 1603 she was said to have owned 11 watches, which she may have worn on a bracelet attached to her clothes. These watches were all entirely manufactured by a single artist or craftsman. Very few survive and the makers of that time are little known. To make them they would have used skills similar to jewellery-making or locksmithing.

Watchmaking from 1600 to 1800 is a story of continued and deliberate development. Various watchmakers were spread across Europe, including England, France, Germany and Switzerland. The development of the balance spring and then the lever escapement led to watches that were precise down to the minute. The first minute hands appeared on watches in the 16th century and transformed the usefulness of the watches. These technological developments led to specialisation, so different people and workshops became expert in making different parts of the watch. Some people made the springs to power the watch and run the escapement, and some made cases, dials, hands, or the wheels or gears in the movement.

The crucial thing about this specialisation, similar to the development of modern manufacturing in other industries, is that it allowed mass production of similar parts. This was seen in France, but particularly in Switzerland after the arrival of Huguenot refugees fleeing persecution in France in the 17th century saw a large number settle in Geneva. Many of these refugees were skilled craftsmen in the areas of metalwork. This provided a massive boost to the Swiss watch industry at a perfect time. The strict religious leader John Calvin had recently banned the wearing of all jewellery and adornment in the city. Focus turned immediately to the production of fancy watches, which were still allowed to be worn and used. The Huguenots brought technological craftsmanship and the Genevans supplied the artistry, and Geneva leapt to the top of the European watchmaking trade.

Emigration of the Huguenots by Jan-Antoon-Neuhuys

In the following century, the Swiss did something even more interesting; a system called the Éblissage was developed in the Swiss cantons of Neuchâtel and Geneva in the 1730s. This clarified the separation of different parts manufacture to different skilled workshops and made the assembly, casing and testing separate and more of a "manufacture" as we know them today. These parts workshops also took advantage of the long snowy winters in Switzerland where travel was difficult. Small workshops in the long Jura valley would make parts over winter and deliver them to Geneva in Spring for watch assembly to begin.

The largest benefit of this system was that the separate parts manufacturers could innovate and improve their individual parts much faster than someone trying to do it all. This led to Swiss watches becoming the world leaders in quality, accuracy and reliability.

An Engraving of the Waltham Watch Factory in 1888, at the time the world's largest watch manufacturer.

The coming of the Watch Factory

This Swiss system did not lend itself to modernisation following the industrial revolution. Instead, the vast industrial powers of the UK, Germany and most of all the USA transformed watchmaking into the factory-led process it mostly is today.

Famously, Henry Ford, the car maker who introduced the "production line" concept of mass manufacturing to large items in the early 20th century, was inspired by watchmakers such as Waltham, Elgin and others in the USA. They found ways to make pocket watches at huge scale. Similarly in the UK, larger manufacturers such as Fears were also selling millions of timepieces a year. The Swiss did not match this at this time as they still used a highly fragmented system of small workshops.

Ingersoll, another US watch company, created a watch called the Yankee in 1892 that they sold in person for $1.50 and via a catalogue for $1. This started a boom in cheap watches for $1 and it's estimated that over the next 20 years, over 500 Million were sold. This was possible only thanks to large scale mass manufacturing. They were of low quality and not even designed to be repaired, and many even had paper dials.

One of the most interesting things that these industrial-scale watch producers had to do was conquer precision machining for such small parts, and it is the watchmaking industry we have to thank for the tools to do this. These tools were later used to make precise scientific instruments such as microscopes and measuring devices that changed the face of modern science. It was the need for smaller-than-a-millimetre sizing and precision in watchmaking that led to these possibilities.

Workers at the Ingersoll Factory in the USA.

By the time of the First World War, the world was awash with low-cost pocket watches, and any man who could have would have owned and used one. They were produced in many countries across the world, and examples can be found from places such as Russia and Japan, as well as across Europe. For high-end watches it was still the case however that most watches were sold as a movement only, and a local jeweller would separately buy a case, and potentially the dial and hands, and assemble them for sale. Often the movement manufacturer was not even mentioned on the dial. Indeed, it was Rolex who really pushed hard for this (and then eventually made it mandatory) on their wristwatches in the 1920s.

The boom in men's wristwatch demand following the First World War changed everything again. Pioneering manufacturers of both luxury and mass-market watches used their brand name to sell the brand and by the 1930s the era of manufactured watches had truly arrived.

The Swiss catch up and everyone mechanises

Eventually, watchmakers in every country adopted the full benefits of mass manufacturing and making timepieces in large factories. Only the very high-end brands retained the skills to make every part by hand, and even those such as Patek Philippe embraced automation and high-tech machinery from the 1930s onwards. In our next Blog Post we will explore what happened in the 20th Century and what it means for how watches are made today.

World-Timers: 24 Time-Zones, One Watch
Why does a watch need Shock Protection?