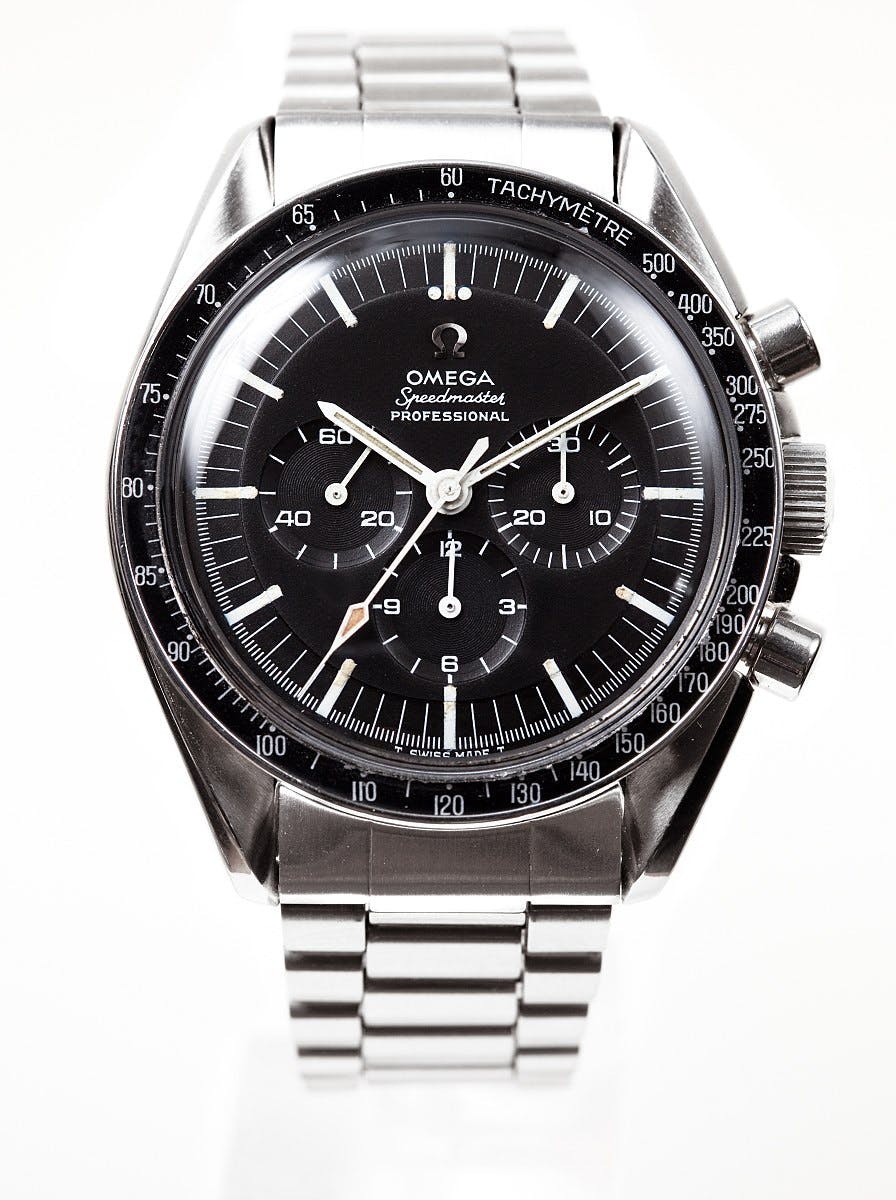 An Introduction to the Chronograph

An Introduction to the Chronograph

A Chronograph is a watch which includes a function that can act as a stopwatch. That is, it can be used to time how long things take. With a little help, for example using a scale printed on the dial, that time can be translated into other useful measures, such as speed or distance travelled. Mechanical watches often include chronograph functions, known as complications, and they are powered by buttons, or pushers, found on the side of the case. You can often recognise a chronograph by the little “sub-dials” (small circles) on the face of the watch.

For mechanical stop watches, most have a counter up to maybe 30 minutes or an hour. Some were produced to time longer events, especially in the sporting world, and these can also record hours elapsed in some cases. One of the famous sports where this was found useful was in motor racing, and motor rally timing. At the other end of sporting use cases, many watch chronographs that use a sub-dial as a minute timer had additional markings in threes, for boxing rounds, or at the 45 minutes mark, for one half of a soccer match.

In the world of digital watches, far more complicated stopwatch functions are possible. These are easily found on many multi-function digital watches, and can often count many different timing periods simultaneously. They may take some time to learn how to use, but they are widely available.

A Brief History of the Chronograph

Stopwatches were invented early in the 19th century in order to time Horse Races more precisely. Many stopwatches were integrated into pocket watches, but it wasn’t until 1933 that the Swiss watch company Breitling patented the idea of using two separate buttons. Before then, all stop watches used the same button to control the functions. The flyback mechanism was patented shortly afterwards. The term chronograph comes from the fact that the very first mechanism dripped ink onto a porcelain surface to mark the time, thus using the ancient Greek words Chrono = Time and Graph = writing. This seems an unbelievable piece of equipment today.

What Do the Different Dial Markings Do?

Along with indicators of different commonly used time periods, Chronograph dial design can be used by watch companies to provide many other functions.  The dial of a watch has many different aspects, such as the numbers, the brand, smaller sub-dials, and windows for the date etc. Around the outside of the dial there is often a circular scale. Most of the time this just delineates the 60 seconds in a minute of hour. This helps you read the time or seconds of a stopwatch. In some stopwatches the seconds can be subdivided further, allowing for even more precise readings.

If the dial has two tracks around the edge than this is known as a Railroad dial, and if those tracks are divided into sectors, then it is a Sector dial. These dials often make the watch much easier to read.

Other scales are common. These were developed in the 1920s and 1930s, and have different functions:

These scales have become features on two of the most important Chronographs today: the Rolex Daytona and the Omega Speedmaster both feature a Tachymeter on their Bezel, or outer ring.

The Omega Speedmaster has a Tachymetre on the bezel

As mentioned earlier, chronographs are particularly useful for timing races in different sports. Swiss watch brand Omega has a long history in connection with the Olympic games, and many watch companies sponsor motor or horse racing events. Chronographs were crucial for pilots needing to time periods of flight in the days before flight computers. Divers have found them useful for precisely timing underwater air use. As a result, chronographs are found in Pilots and Dive watch ranges from many brands.

Another interesting area where a special chronograph was used is in Yacht racing, as the movement has to count down to the start of the race. There is a popular sub category of chronographs called Yachting or Regatta chronographs that perform this function.

The Rolex Yachtmaster II is a regatta timer

Chronographs are one of the most popular types of watch. There are many varieties and a huge number of options for the interested buyer. Here at The Watch Collectors’ Club we do not believe there is a best chronograph to own, but are happy to help you learn more about these and many other watches.

Is the Hamilton Ventura the most featured watch at the movies?

Rolex and the Prisoner of War Watches