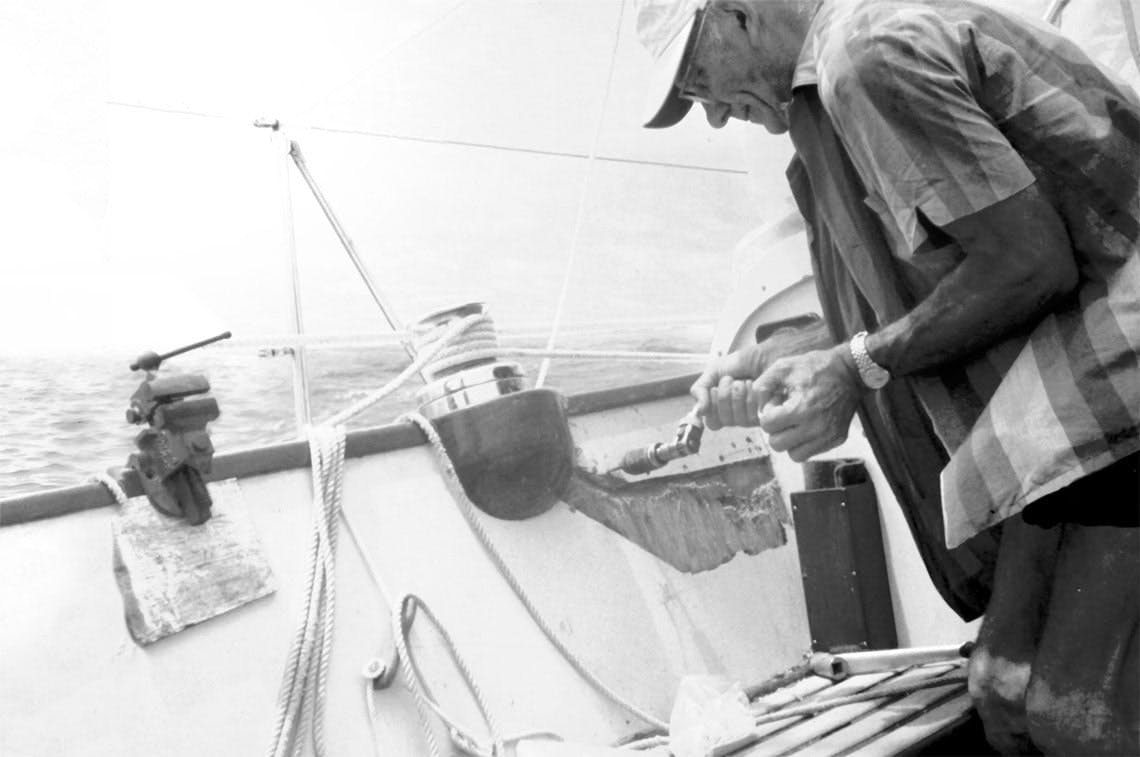 As mankind’s greatest explorers have explored under and over the oceans, the land, mountains and space, they have done so with a watch on their wrist. In this blog, we will explore why explorers always wear expedition watches, and how it can separate life and death.

Timing the length of a dive is a life/death calculation for two reasons. The first reason is that divers only carry a limited amount of oxygen with them on a dive. Running out of air when you are far below the surface would be deadly.

The second reason is a condition called “the bends”. Staying submerged deep underwater causes nitrogen to accumulate in the blood. Divers stop this by waiting for short periods of time at different depths on their way back to the surface.

Read our dive watch blog to find out more about dive watches.

Time-keeping has been a key part of sailing for centuries. Before electronic tools, it was very difficult to tell where you were on a voyage. Sailors had to use complicated calculations, using time, speed and direction to chart a ship’s current position. Getting the timing wrong on a voyage meant getting your location wrong. This could have deadly consequences, as ships could end up miles off course.

When electronics fail in the modern day, sailors still rely upon a mechanical chronometer to navigate to safety. We will explain what a chronometer is in a few blogs time.

Sailing watches are also used to time the start of yacht racing (regattas). Timing the start of a race is complicated. Boats have to cross a start line within a set time period. Getting this wrong can result in disqualification. Corum’s Admiral’s Cup watches have lots of features to help with race timing, as does the Rolex Yachtmaster II.

Two of the most famous sailors are known for the watches they wore:

Sir Francis Chichester was the first man to sale single-handed around the world using the Clipper route – he made one stop in Australia. He achieved this aged 66, in 1967, whilst wearing a Rolex Oyster. He even said afterwards that he wouldn’t have been able to complete the journey without his watch. He praised the Rolex’s toughness in particular.

Robin Knox-Johnson: A year after Chichester sailed around the world, Knox-Johnson did as well. The difference was that he did so without making a single stop. He did so wearing a Rolex Explorer 6610in a ship that he built himself. The Rolex Explorer is a watch specifically designed for tough expeditions, and vintage models are prized for the colour of their dials. Dial colour changed depending upon how much the watch was worn in different conditions.

Waterproof, sturdy cases – they often get bashed about and wet; anti-glare glass and/or bezels – the sun is reflected by water, making it difficult to read the time; reliability – they need to keep time accurately in case of emergency; some might have tide or regatta start timers, to help track skippers track both during races.

When many people think of the watches that explorers’ have worn, they think of Edmund Hillary’s Rolex. Like every other type of expedition in this blog, mountaineering relies on precise time-keeping for safety.

An accurate watch allows you to keep track of how long you’ve been using your oxygen canister (like a diving watch). It can also aid navigation. You can track the time that it takes you to navigate between two points on your map. If you haven’t reached a landmark within a rough timescale, then you might have walked in the wrong direction.

Some of the most famous mountain climbers are known for the watches they wore:

Tenzing Norgay and Edmund Hillary famously both wore a Rolex Oyster when they completed the first summit of Mount Everest in 1953. The climb was sponsored by Smiths Watches, but Rolex’s marketing was much more effective.

Edmund Hillary and Tenzing Norgay, after completing the summit of Everest

Nirmal ‘Nims’ Purja wore a Bremont S300 as part of Project Possible. His aim was to summit all fourteen of the Earth’s 8,000-metre-plus peaks. He achieved this in 6 months – over 6 years fastest than the previous record!

Climbing watches have a few key features: sturdy cases – big temperature changes can happen on a climb; easy to read dials – visibility can be poor in a blizzard; bright lume – caves can be dark; some might have a 24-hour marker – to help distinguish between night and day in areas that the sun doesn’t set.

Space is one of the most extreme environments that humans have explored. As long as Astronauts have explored space, they have had mechanical watches attached to their wrists. Success or failure of a mission, and the lives of astronauts, often relies upon something being timed.

The most famous astronauts watch is the Omega Speedmaster. This was used to time the 14-second manoeuvre that brought the Apollo 13 mission safely back to earth. Astronauts still wear Omega Speedmaster’s when they go into space now.

The Omega Speedmaster has a few key features which make it perfect for astronauts: automatic movement – quartz crystals, lithium batteries and LCD screens don’t work well in the cold of space; thick cases – to protect from the sub-zero temperatures of space ; easily changeable straps – so they can be worn on the wrist or over a space-suit; stop-watch functions – to precisely measure time periods; dark faces with bright lume – to make it easy to use the watch in the dark .

Explorer watches have played a key part in many of humanities greatest explorations. Not only those mentioned in the blog, but also many other wild feats of human achievement. Felix Baumgartner famously wore a Zenith Stratos when he jumped out of a plane at 128,000ft.

What’s clear is that a sturdy, reliable, useable watch is vital if you are going to explore anywhere on or off the planet.

11 Facts That Explain Why Dive Watches Are So Popular